I saw her winding up with a bucket that was half her size. There was no way she would reach me. How wrong I was. The water hit me square in the face with such force it knocked my hat off. She had this tornado move where she spun around a few times before letting the water go. I could only laugh as I looked back from my perch in the moving Tuk Tuk and saw her waving in victory at having blessed a farang, foreigner, for SongKran, the Thai New Year. This special event is about paying respect to the elders and having water wars to wash off a year’s worth of stink and bring good luck for the New Year ahead. I was just coming into the small city of Nan, which was off the Penguin trial. I had yet to see any foreigners on my way to The Amazing Guest House. I was happy for this. The city was at war. 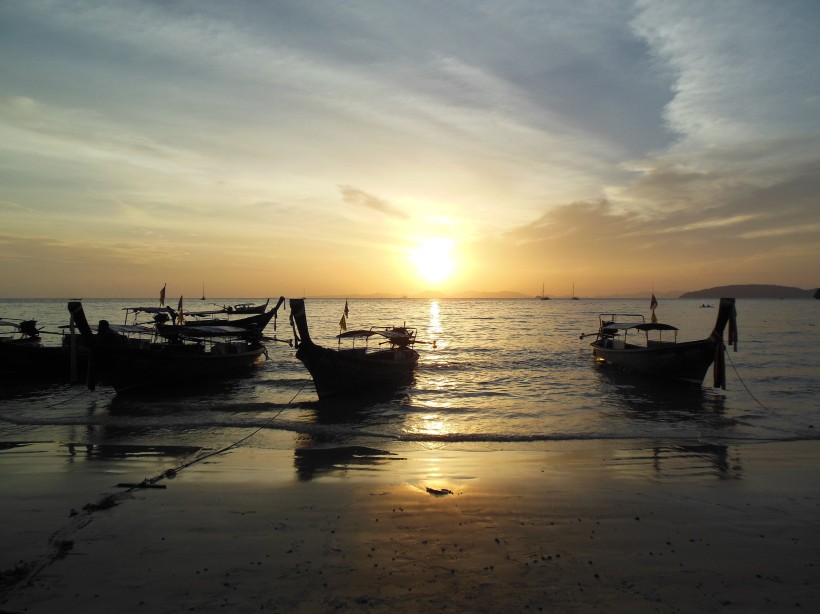 Everywhere you looked people where throwing water and wetting each other. Some stood in front of their homes or businesses, others huddled in the back of trucks loaded with fifty gallon drums full of water. They resupplied their buckets and made battle with other trucks or the folks on the street. The little tornado girl was my first blessing, but there were many more by the time I reached the guest house. I was happily soaked, feeling cool and quite blessed. I walked into The Amazing, which was a lovely homemade building of tropical hardwood, and was warmly greeted by Noong, the owner. She made me feel right at home and was graciousness for the whole four days I was there.

I was extremely tired from my travels by bus from Laos. Three bus rides over three days, the first being a 13-hour ride through the night for which I had to hold on the entire time to keep from being thrown out of my seat. The roads are rough in northern Laos. I slept hard, finding a new day and a nice garden to enjoy breakfast in. There was only one other couple there—Rita from London and Aaron from Australia. Both were living in Laos for the last year, he in forestry and she in public health. We talked for three hours through that long breakfast. I enjoyed their company for my entire visit in Nan. Rita had lived in Tanzania for four years, one of those on the island of Zanzabar, both places I had been to years ago. We had so much to talk and laugh about. Some really great conversations. We spent the afternoon down by the river where many locals were celebrating SongKran by eating and tubing. It was like we were celebrities, being the only Farangs there. Some of the teenagers wanted their pictures taken with us. We sat by the river and ate local food and drank some beers. So refreshing.

When we went back to the guest house, Noong was waiting to take us to Temple. There we were so welcomed by everybody. It was such a pleasure to be there. The service was brief with the monks doing some chanting. We then went to another building where chairs were put into a big circle for all the elders over seventy-five to sit. We went around the circle pouring water over each of the elders and giving them blessings for the new year. One particular woman was completely soaked. She had such a wonderful smile. I figured her to be one of the favorites. Such a beautiful ceremony.

After dark the three of us walked into town, it did not take long to find some fun. Ahead of us we could see many homes throwing water. “Ready to walk down the gauntlet,” Aaron said with laughter. Yes, please. Every house soaked us with water, then gave us a shot of Thai whiskey. Feeling very blessed, we moved on. We stayed at one house for over two hours, throwing water at the passing trucks, drinking and dancing in the streets. I was wearing sneakers and one of the Thai men had some fun by pointing at everyone else’s feet that had flip-flops and saying, “Thailand, Thailand,” then at my sneakers, “No Thailand.” We laughed and drank more whiskey on that one, dancing into the night.

From there I traveled to Bangkok, feeling good and lucky for the New Year ahead and just a day away from flying to Seattle. It has been many things, this first journey of mine to South East Asia. What I have to say in closing is the best thing we can give another person is a smile from the heart.